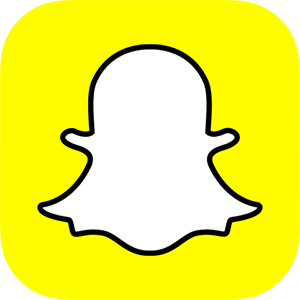 Snap Camera is the free desktop software developed by Snap Ink. which is meant for applying lenses to the video broadcasts in real time and records. It is sometimes called Snapchat Camera, but this is the unofficial name used to show that the product has relation to Snapchat and to avoid confusion with another application called Snap Camera HDR.

However, the Snap Camera app is not the desktop version of the popular instant messenger (that product exits in the form of mobile apps for Android and iPhone only), and is not connected with Snapchat. Still, the possibility to apply visual effects to photos and videos was one of the features gaining Snapchat its great popularity, and the developers of the Snap Ink found the way to transfer this well-liked option to the bigger screens.

Initially this desktop Snap product was targeted towards the Twitch platform favored by the game-streamers. The service offered at once a set of game-themed lenses inspired by the game hits like League of Legends, World of Warcraft, PlayerUnknown's Battlegrounds and Overwatch. The broadcasters can use those lenses to 'dress up' in the style of the game.

Snap Camera can also be used for the other custom streaming services and instant messengers with video communication support like Google Hangouts and Skype, so that users could show off a little bit during the video session.

The current version of this video camera app is compatible with Windows 10 and MacOS 10.11+ only.

The minimum system requirements are as follows:

When you download and install Snapchat camera on the computer it creates a virtual webcam which you can use as the third-party video output source for your platforms and messengers. It intercepts the input of your computer system webcam and applies lenses to it. After that the augmented video stream goes out, and your counterparts will see you in the phantasy image.

Features of Snap Camera for the desktop PC

Like it is already mentioned, this desktop software has a very little relation to the Snapchat instant messenger – these products only share the option of adding custom artistic lenses to the video. Snap Camera does not offer separate communication options.

However, this separate product is extremely popular due to its accent on pure entertainment, especially among the younger audiences with their attraction to the gameplays broadcasting and other personal streaming channels.

Though Snap Camera is a thing created for fun and targeted towards teenagers and young adults, its functionality attracts older people as well, because everyone appreciates the possibility to add more entertainment into the routine communication. The app is available for free and is compatible with both Windows and MacOS computers, so, just download and install it on your PC or laptop and enjoy playing.