Preview
Emoticons and emojis in forums, social networks and instant messengers
How to add emojis to text messages in Skype chats
A gift for users: additional Skype emoticons which are kept in secret

Instant messengers changed the lifestyle in a way no less than calls with voice and video provided. Written correspondence has a really long history, perhaps, originating from the writing system birth. One had to wait long until the old paper letter would be delivered, and these letters were long and detailed. Then emails came into prominence, and the letters could get to the addressee in one moment. But this correspondence type still lacked speed and fluency of the live conversation.

This drawback was fixed by instant messengers. Now people can communicate in real time, and a whole new Internet slang was born with its shorter texts, shorter phrases, abbreviations and letters combined with numbers to get the effect of how this word would be heard. Everything was aimed at the speed of the typing process and keeping the meaning of a phrase.

However, personal communication is impossible without emotions. Instant messages allow sending written words and phrases, but you can't hear the counterpart's tone of voice like when you talk on the phone. Neither can you (in fact, you can, you will just need to make a call in Skype and have a voice and video chat). But here we are talking about instant text messages and how to express emotions during such conversation. Additional methods were required, and soon they appeared.

Emoticons and emojis in forums, social networks and instant messengers

The solution appeared fast enough in a form of meaningful pictograms compiled by typographical means which can be found on the keypad. These pictograms were called emoticons, and very soon they became popular and universally recognized. Each time you meet something like :-) or o_O in a text conversation, know that these are emoticons; you know what they mean.

The second solution came with emojis, which are small animated arts reflecting emotional expressions or gestures. They are often called smileys, as they originated from a picture of a pastiche smiling face.

These innovations were for the Internet communication first of all, and they are not so old, however, they seem to be here forever.

Smileys are emojis, however, not all emojis are smileys, there are much more of them. In your Skype messenger, you will see all kinds of traditional funny, sad and other faces and cool gestures, and also you will find other arts with objects, animated human characters, animals, fictional heroes etc. New emojis are added constantly to the lists of all instant messengers.

Nowadays these two terms, emoticons and emojis, are often interchangeable. Originally, they meant different things based on opposite principles, however, there won't be mistake to name a smiley an emoticon, even if it is a funny yellow face instead of a string of semicolons, dots and parentheses.

You can choose between typing symbols to compile emoticons and opening a list of Skype emojis in the application on computer or a mobile device to choose the best one.

How to add emojis to text messages in Skype chats

When you have a chat in Skype, note the smiley icon located at the bottom. It will be on the right side in the mobile phone version and on the left in the desktop application. 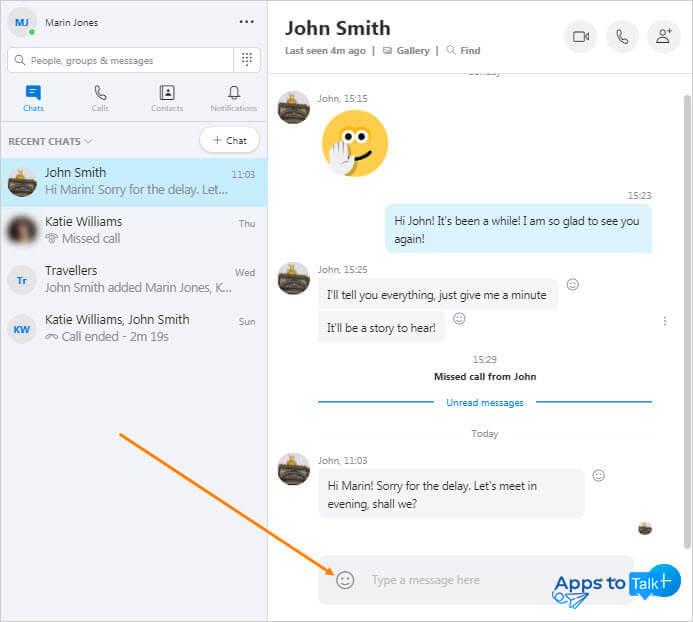 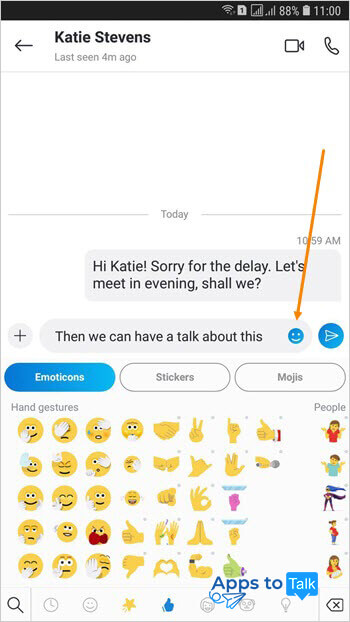 Click on it, and it will open a list of animated arts – emojis available in your application version. Note that there are several theme-based sets of emoticons, choose what you want. 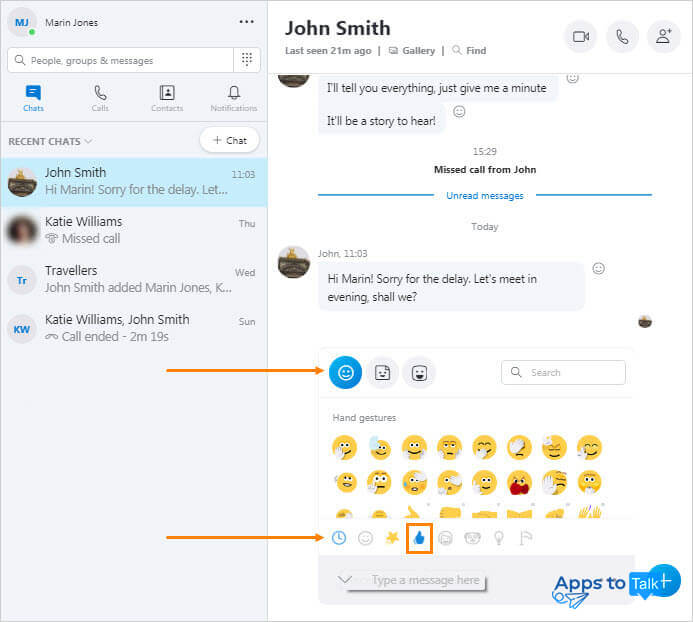 When you add emojis to the text and send them together as one message, that art will be small by default to match the font size. However, you can also send emoticons separately, in this case, they will be large and prominent. 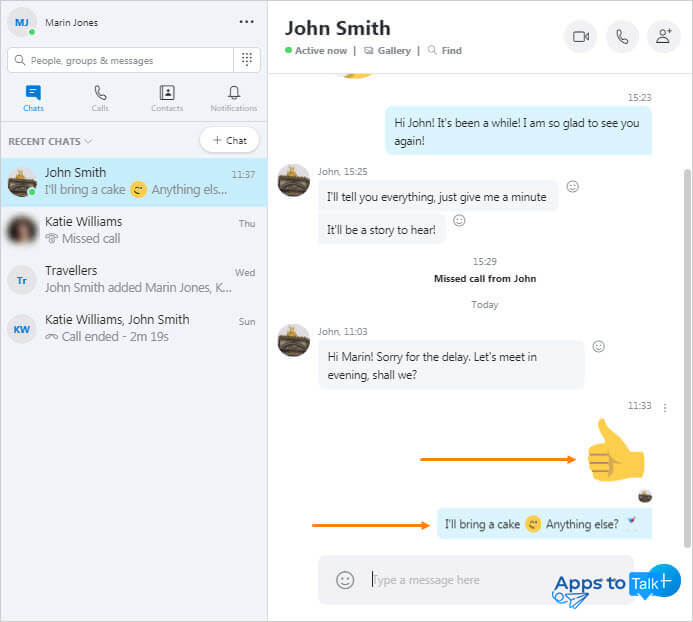 This is configured by default, and you can check if it is so in the desktop application settings: click on the three dots next to the profile name, choose Settings and go to the Messaging tab. 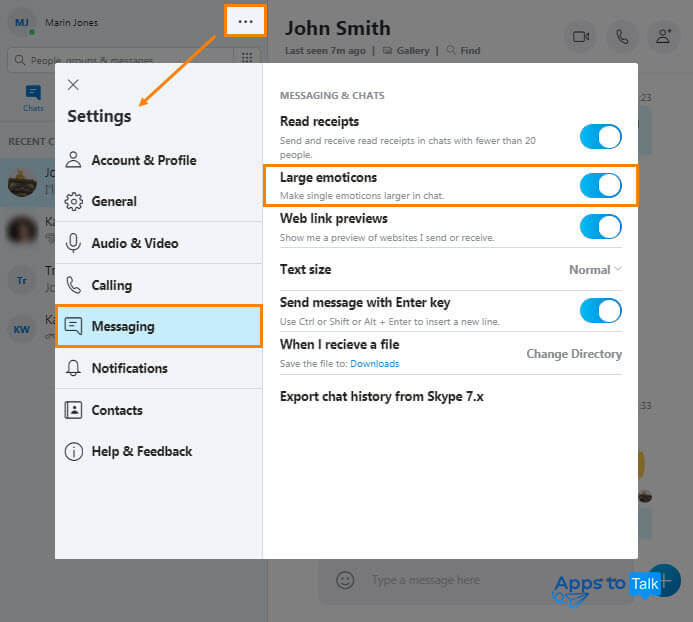 Apart from emojis, Skype also offers additional types of graphical enhancements called Stickers and Mojis, they have their separate sections next to smileys.

Skype Stickers are larger than usual emoticons, and they have no background. They can be both animated and static. 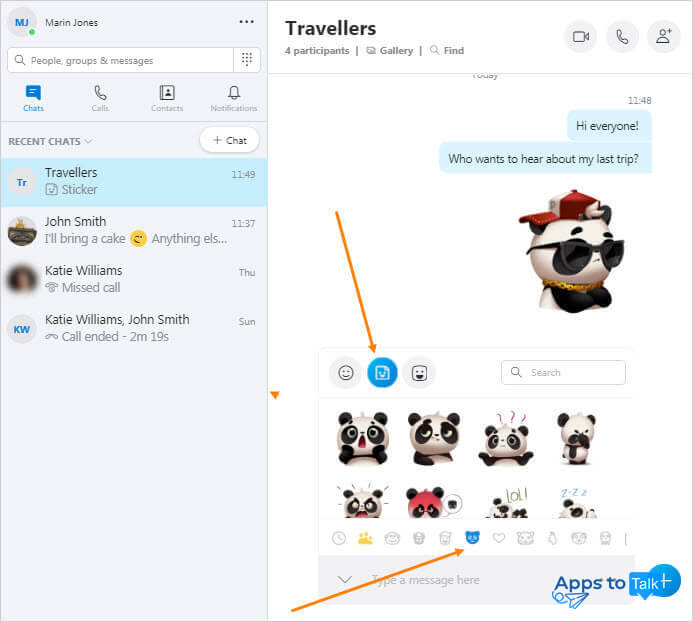 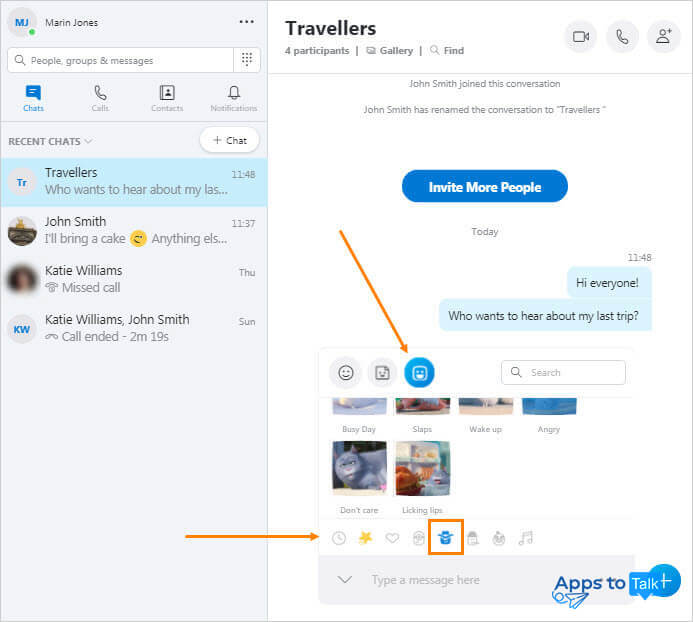 And all these special features are helping you make your personal chatting in Skype as full, bright and emotional as possible.

By the way, sets of Emojis, Stickers and Mojis are different in all Skype versions. The latest version has the biggest list of available arts.

And here another issue takes place: it can happen that the user of an old Skype version is not able to see emoticons or stickers you sent if they are not present in the lists supported by that version. However, that user will receive the so-called description code instead and will most likely understand what you mean.

Description codes for Skype emojis are “shortcuts” to the objects, something between smileys themselves and original pictogram emoticons. It means that you can type the text code into the field, and then it is converted into a graphical emoji when you send it.

If you have a good memory to remember these codes, you can save some time on opening lists to scroll and shift them in search for the necessary animated emoticons to add to your words. There are many lists with such codes in the web, however, you can always look for them directly in your desktop application: hover over this or that emoticon or just click on it (this depends on the application version and OS you use), and it will show you its “name”. 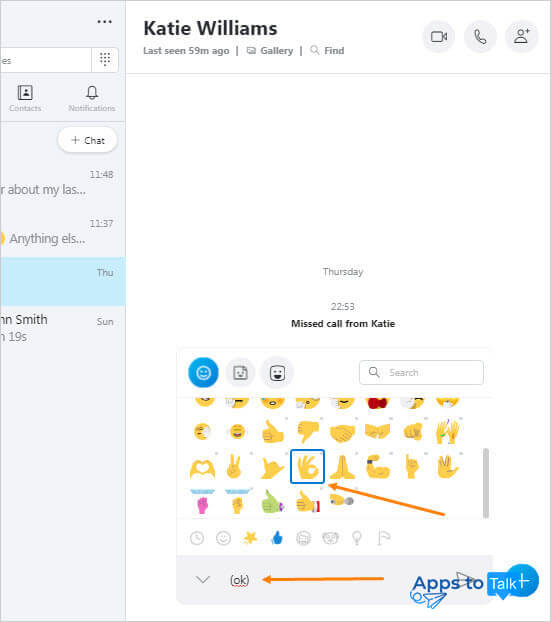 If you use certain examples regularly, you will gather your own list quickly.

A gift for users: additional Skype emoticons which are kept in secret

There are Skype hidden emoticons present in your application, however, not displayed in the lists. You can't just choose one among the rest of emojis and send to a friend, you need to know what exactly you are doing and how to find that thing. And your counterparts will be surprised to receive something never seen.

Some of the previously hidden Skype emoticons were later uncovered and added to public sets. But there are still other ones which are under cover.

Here the list of codes for special secret Skype emojis is.

You need to copy its code with parenthesis and include into your text message, and it will serve as a shortcut — after your send it, it will be converted into an animated emoji. 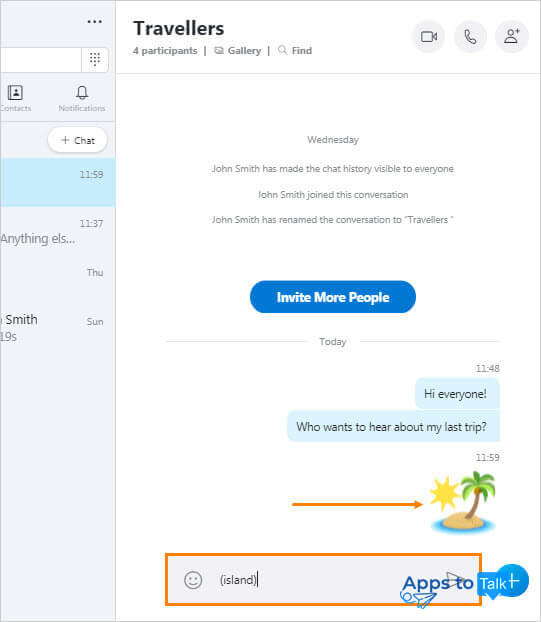 Feel free to experiment and play with Skype emojis, both public and hidden. Discovering something new is one of the brightest life experiences.